The Demand for New Developments Is Bouncing Back

The glut of luxury condos that saturated the Manhattan market long before the pandemic has largely been sold. Sale and rental prices have exceeded 2019 levels, with rents continuing to break records, according to market reports. And developers are once again moving forward with ambitious megaprojects.

“I see this as a period of moderation for new development — not a boom, but certainly not a laggard like before the pandemic,” said Jonathan J. Miller, the president of Miller Samuel, a real estate appraisal and consulting firm. “Call it reverting to the mean.”

But everything is not as it was, with Covid both accelerating some nascent trends and pushing builders in new directions. The average size of new apartments has shrunk, despite the growing demand for home office space, according to market reports. The luxury market, beaten down for years before the pandemic, is once again in a bright spot, fueled mostly by domestic — not international — buyers. Large projects in the boroughs beyond Manhattan, spurred both by rezoning and renters’ hybrid work schedules, are taking shape. And yet the new normal could be threatened by growing concerns about a recession.

Renters had many hopes at the start of the pandemic: that an early dive in prices would make the city more affordable; that a “good-cause eviction” bill to cap rent increases on market-rate apartments would pass; and that remote work would broaden the areas that they could consider renting in.

The eviction bill didn’t pass, and the median rent in Manhattan reached $4,000 for the first time in May, while Brooklyn and Queens continue to break records, according to the brokerage Douglas Elliman. But there is a wave of new development coming to the boroughs outside Manhattan that could help absorb some of the high demand for affordable housing.

Brooklyn is poised to be the biggest recipient, with 56,000 rental units expected from 2022 to 2025, more than three times what was built from 2011 to 2015, when an affordable-housing tax subsidy known as 421a was still in place, according to Nancy Packes of Nancy Packes Data Services. The recent surge was largely led by developers rushing to qualify their projects for a renewed version of 421a that expired in June.

One of the largest projects underway is a 1,200-unit rental development in the recently rezoned neighborhood of Gowanus, along the industrial waterfront in Brooklyn. A quarter of the apartments, 300 units, will charge below market-rate rent to tenants, the developers said; a majority of those units will go to renters making no more than 60 percent of the area median income, or about $72,000 for a family of three. 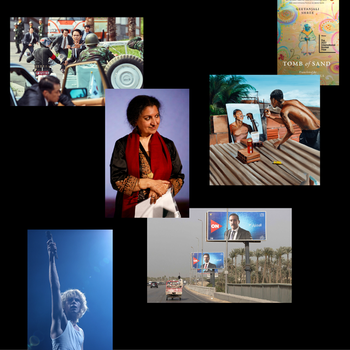 Our Correspondents on the Biggest Music, Shows and Books in Their Parts of the World 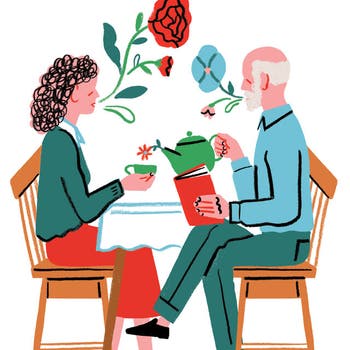 How Long Does It Take to Fix a Marriage? Give the Gottmans 7 Days. 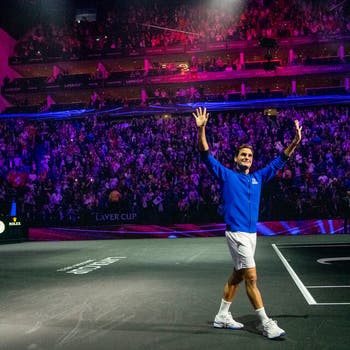 Federer on His Exit and Holding Nadal’s Hand: ‘It’s Maybe a Secret Thank You’

The project, designed by the architecture firm Fogarty Finger and developed by Tavros Capital and Charney Companies, will have four buildings. The biggest component, a pair of towers at 300 Nevins Street, will have 654 units and incorporate the buildings into a public esplanade that will hug the Gowanus Canal. The project is expected to be completed in 2025.

Outdoor space and wellness areas are important at this and other new projects, because apartments are becoming smaller, Ms. Packes said. From 2016 to 2022, the average new studio in Brooklyn was 476 square feet, 9 percent smaller than the average from 2010 to 2015, according to her firm’s analysis.

“Units got smaller — amenities got bigger,” she said.

Sam Charney, one of the developers of the Gowanus buildings, said the trade-off in space allows builders to incorporate perks that became essential during Covid — co-working areas, fitness space and a sense of community. One sweetener they’re experimenting with is a live-in physical trainer, who will have an apartment in the development and hold sessions with residents.

“We think this trend is here to stay,” Mr. Charney said of the health perks. “It’s not about some gimmicky ‘Let’s clean your water’ or ‘wash your air’ kind of health, but more about wellness.”

When Covid gripped the city in early 2020, Manhattan already had a huge overhang of new condos — over 8,000 unsold units, which would have taken more than eight years to sell at the time, Mr. Miller said. A healthy market can sell out between two and two and a half years.

But after a period of ultralow mortgage rates, a stock market frenzy and sellers finally being realistic with pricing, the current sellout rate is just three and a half years — a remarkable turnaround for a once bloated market.

“The headline is that the new-dev market is stronger than you think,” said Kael Goodman, the chief executive of Marketproof, a real estate analytics company. He pointed to a $74 million contract signed for a nearly 6,800-square-foot penthouse at Aman New York, the recently opened hotel and condo in the Crown Building in Midtown Manhattan, across the street from Trump Tower. While it may be the most expensive new development sale of the year, it is still a far cry from the city record-holder, the 2019 sale of a nearly $240 million penthouse in a skyscraper overlooking Central Park.

The comeback hasn’t been easy.

“I can’t even tell you how much more stressed and nervous my partners and I were,” said Van Nguyen, a partner at JVP Management, the developer of 96+Broadway, a new 23-story condo on the site of a former Gristedes supermarket on the Upper West Side.

His firm began excavating the site in March 2020, right when the city effectively shut down construction because of Covid. During lockdown, the developers completely changed tack, reducing the number of units to 130 from 150 to provide extra space for residents spending more time at home. In the common areas, they installed 13 ultraviolet filters in the ventilation system that are designed to neutralize airborne viruses. The rooftop, initially reserved for the penthouse owners, was redistributed to create a 2,800-square-foot terrace for all the residents, including several outdoor dining areas and a drive-in-style movie projector.

But the condo market could be in for another shock, thanks to stubbornly high inflation. The number of contracts signed for Manhattan condo apartments, including resales, was down almost 34 percent in July, compared with the same month last year — a sign that buyers are becoming skittish as economic worries grow, Mr. Miller said. Still, with less new inventory coming up for sale, the outlook does not look nearly as dire as it did in 2020.

“Office towers are empty and yet residential housing, in rentals specifically, is booming,” he said. “And that bodes well for new development.”

Stefanos Chen is a real estate reporter, based in New York. He joined The Times in 2017 after five years with The Wall Street Journal, where he was a reporter and multimedia producer. @stefanoschen